Cars are now more connected than ever. And every time someone drives a modern vehicle a certain amount of data is generated, which typically goes to the automaker.

But as connected car technology advances, automakers and governments are starting to explore how that could be leveraged to improve traffic, provide real-time updates to drivers on road conditions and cut down on crashes.

Dubbed vehicle-to-everything (V2X), It’s the on-road extension of “the internet of things,” which is the term for a group of physical objects interconnected through a computer network. In this case, it’s cars operating within a certain distance from one another.

Here’s a rundown of what V2X is, how it can be used and how soon it can be on the road.

What are the different applications of V2X?

There are numerous applications that researchers and manufacturers are exploring right now,

Vehicle-to-vehicle (V2V) technology allows vehicles within a certain distance from each other to share relevant information.

For example, a car braking at the front of a line of traffic can send a signal to the other cars in the line when it stops suddenly, lowering the chance of a collision.

According to the National Highway Transportation Safety Administration (NHTSA), this technology can create an all-encompassing awareness of vehicles within proximity to each other, with the potential to reduce crashes by 615,000.

There’s also a push for vehicle-to-infrastructure (V2I) technology, which allows a vehicle to communicate with municipal, state and federal jurisdictions through everyday road signs, traffic lights and other tech.

Cities especially are starting to explore this side of the technology, with the hopes of increasing the efficient flow of traffic and preventing slowdowns.

A camera or array of sensors at an intersection can tell a car if there’s a pileup or road work that they might want to avoid before that intersection comes into view.

Vehicle-to-network (V2N) technology expands on V2V and V2I by adding a layer of connection between the car and data centers and cellular networks. This can reduce the delay in information transmission, showing a driver real-time traffic information.

Cars with vehicle-to-pedestrian (V2P) capability can communicate with a pedestrian’s cell phone to alert them of any traffic problems, such as if nearby walkers need to wait before crossing an intersection, for example.

For this technology to be viable, it requires a significant amount of pedestrians to approve this connectivity on their mobile device.

Are there any disadvantages?

Despite all of the research on the federal level touting the safety advancements of V2X technology, not every government will be able to adopt it at the same time or at the same level.

Municipalities with tight budgets may not be able to spend the money required to upgrade the infrastructure needed to “talk” to vehicles.

There’s also the question of data privacy. If multiple levels of government and private companies are able to access your real-time location and where you’re going, how much privacy does a driver have? Is that data safe from bad actors?

How far away are we from V2X?

Test programs are happening in several different locations across the country. Honda is currently testing its Safe Swarm V2X technology along a stretch of road in the city of Marysville, Ohio.

Audi is currently testing V2X technology for school zones, while General Motors is developing its Ultifi software that has several potential V2X applications.

How fast you see V2X tech on your commute depends on public infrastructure, how much it will cost, what car you and others drive, how states and cities adapt their traffic laws to accommodate it and other factors. 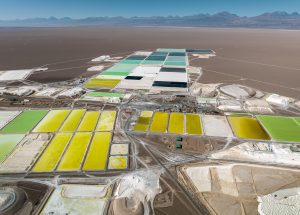